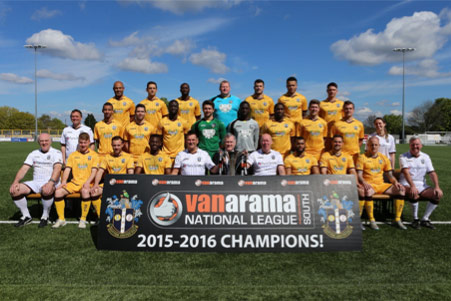 Paul Doswell’s side sealed the title with a 2-0 victory over Chelmsford on the 23rd April 2016 before going on to beat Oxford City 1-0 on the final day of the season. These two victories meant that the U’s finished the season with a 26 game unbeaten run, a new club record!

WH Matthews & Co are proud of our long standing relationship with the U’s and wish them all the best in the National League next season.